How to Make It Through This Political Season in America, The Wonderland

As Christians we should be gladdened that God is trying to get us out of Egypt.  Read Exodus though and you will find that just like the Hebrews, we are trying to cling to the kingdom we know even though it abuses and confuses us.  Even though it is anti-YHWH.

I’m talking about the American Government — or Pharaoh. It feels as though America is sprinting backwards as fast as its reactionary citizens can run in this shape-shifting political season of Donald, and Hillary, Bernie, Ted,  John, Ben, Paul and George (not Ringo, so far, but you never know).  It should finally be clicking in that America is not — nor ever has been a “Christian Nation” –there isn’t such a thing.  And whether a ruler imposes the name of our God on his / her agenda or not, authorities in the kingdoms of the world are all the same. They all want to rule Egypt as pharaohs. They are all misled and misleading; they are all fragile and foolish; they are all power-hungry and greedy;  they are all of this world and in it; But ironically, they are all used — even the non-Godly ones– by and for the purposes of our One True and Only Jehovah.  Read Exodus.  God “hardened Pharaoh’s heart” and then “unhardened”. Then hardened. Then unhardened.   In the New Testament we are told that all authorities are under God’s management.(Romans 13:1) Oh yes,  all authorities — those who live in teepees and those who live in toupees. That thought is both a source of confusion and confidence for me. I don’t need to figure every thing out — not what has happened in the past nor what I imagine might happen in the future.  I just need to do the right thing.  So my advice during this time of and during all times — make your bible a well worn map, listen to a lot to people who know God, contemplate how Jesus did it, worship only God and serve only the Savior, pray thankful prayers a lot (be thankful for America!), and then do the right thing.  Just. Do. The. Right. Thing. Period.

So what do we do during this Age and in the particular temporary and flawed nation that we happen to inhabit until Christ’s Kingdom comes into its complete fullness? Well, first we thank the Lord for continually offering us new wineskins. America has been a wonderful wineskin. Praise God. But the ole’ U.S. A., ain’t the wine, so to speak. No nation is. No– the wine? –That is Christ’s blood and only Christ’s. Secondly, we thank Christ for offering us a new lens to see with. “Oh say can you see by the dawn’s early light” indeed!  Can you see instead by Christ’s morning star light?  And thirdly, we understand as Ecclesiastes says that there is really nothing new under the sun, not even American-born Pharoahs, not even Egyptian Congressmen. “For all we like sheep have gone astray, each of us has turned to his own way, and the Lord has laid on him the iniquity of us all”. (Isaiah 53:6) I loved Obama’s Hope campaign, but Isaiah 53 — read it all sometime— goes on to say “He was oppressed and afflicted yet he opened not his mouth (vs.7).”  Imagine that as a Hope campaign in this political season of wide open mouths who combine false hopes with blame — for everyone for everything. Finally, get out there in a counter revolutionary campaign for the Son of Man who bears our grief and sorrows, who takes on the whole world’s sins while others take on the whole world’s PAC money. Campaign for a kingdom where everyone wants to be like that Man. No walls. No Defense Departments. No taxes. Just complete death to self and glorious life in Christ.

As far as politics, I recommend a reread of George Orwell’s Animal Farm.  Begin with the introduction, in which he tells the reader that this is not an allegory about the Soviet Union as so many Jr. High English Teachers mistakenly teach.  It is an allegory about all kingdoms of this world, which all eventually so intimately love power and money  that they become dictatorships.  All governments eventually betray their people because they worship power and self-love –including governments, as Orwell points out, such as Socialist Europe and Capitalist America.

A good start is also to recognize that America is not a democracy and that even if it were, humans’ ideas of democracy are horribly flawed at best, sinful at worst anyway.  We were a sort of republic in simpler times, we are now a dictatorship run by an oligarchy.  The oligarchy is all those you might imagine — big businesses, special interests, lobby groups, congress, judges, presidents — you name it– that worship the idols of power and money — all that put a holy God’s name on their own self interests or the interests of, yes, a wonderful nation like America.  They are not always evil.  They are sometimes just fooling themselves rather than you. They are all mistaken and misled, though. You know, when God saved the Hebrews from the slavery of Egypt, they too, remembered Egypt with much fondness and longed to be back in the land where their guts were satiated and their television shows made them laugh, where their responsibilities and benefits were determined by the government and where they could own assault  weapons (oops, told you all nations blur into one after a while).  The Chosen People of God wanted the reality shows of Egypt rather than the reality of a living God living amongst them.

I am not advising you to hate America and grow a cynical distain that thickens the heart along with the skin. America has been and is an amazing country. I am advising you not to mistake America for a permanent place to live. As is — this world is not our home. Not as is. I am not advising you not to vote although it is an option. Voting is a good right to exercise in a world in which many even today do not have the right to vote.  But a vote for any one candidate will not change things much.  Only you can do that — only you with one little God-seed at a time planted by your own hand. I am not advising you not to think– not optional at all — I hope. But thinking just with a world-trained mind is highly over-rated.  “May this mind be in you that was in Christ Jesus”. Read the rest of Philippians 2.  Jesus was a pretty radical candidate for Messiah.

One thing I am saying, is that when you say the Republican party has changed or how could we vote for a socialist or whatever you are saying during what seems to be an American free-fall into Wonderland–playing card politicians and all– please realize that as Solomon warned you: to everything there is a season and a time for every purpose under heaven. But in the end, no matter the season,  the ever changing nations never really change that much– since The Fall, they are all chimerical foundations built on sand all of which shall end and end and end again. But also, thankfully, there is no change ever in the everlasting personal relationship of The Church founded on The Rock of Our God and His Kingdom — which shall have no end. “For I the Lord do not change, therefore you, sons of Jacob, are not consumed.” (Mal. 3:6) In order not to be consumed by the things of this world, this season, this nation — in order not to be consumed for eternity –one must join the right party — the party of the Chosen People, the people of God and of His Son, Jesus.  Vote for Jesus. Jesus changed the whole thing.  Jesus was a paradigm shift.  Jesus wants to change you.  He wants you then to, as Gandhi said, “Be the change”.  Jesus wants the whole world to know that everything changed on Calvary and that His upside down kingdom changes today into eternity. Vote for Jesus.

This is the time to look inside yourself and spend more time in God’s Holy Word and more time praying and talking and walking with Jesus.  Because those things — His Word and His Word Made Flesh — will actually never change.  Anyone know Pharaoh’s name?  Nope. And neither will anyone in Eternity remember who won this election.  We all have new names there anyway. There — “every knee will bow in heaven and on earth and every tongue proclaim that Jesus the Christ is King, Lord, President, Ruler.” (Phil. 2:10) He is the dictator who changes hearts, changes nations, changes the whole thing –on the cross. Not as paltry President. But as a King. The King of kings, The Lord of lords. Vote for Jesus for King.

Spend more time with Jesus and study God’s Word than you spend watching politicians and following elections and then, you will not just know how to vote right, but you will know how to live right.  Forever. 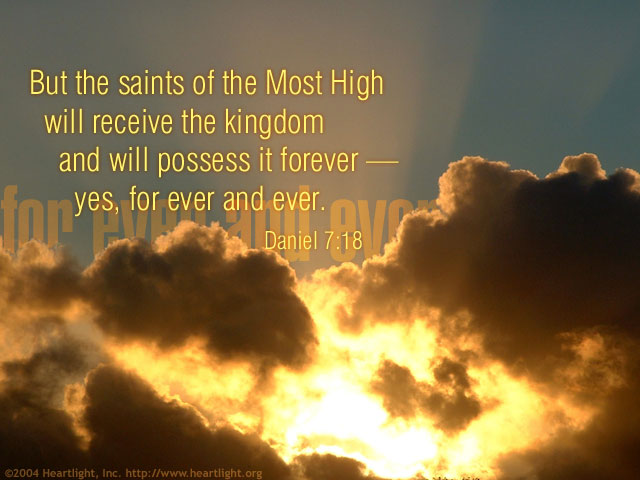 One thought on “On Politics in America, The Wonderland”