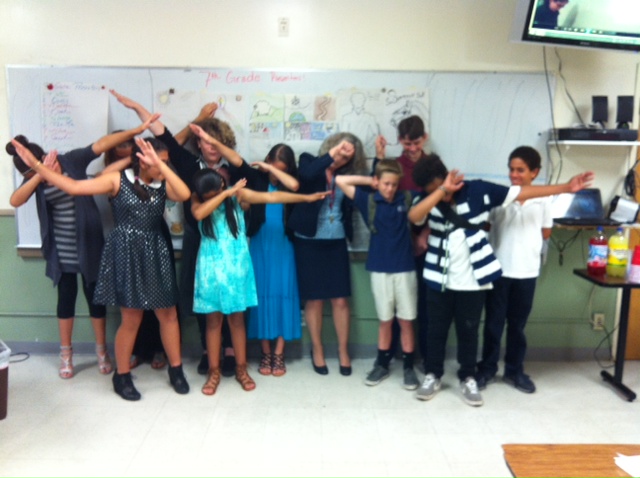 A Little Dab’ll Do Ya’

A good while back there was this hair gel –before “Bedhead”, before girls started gelling their hair, before pomades and shaping creams cost as much as small television sets—  This hair product was called “Brylcreem” and only men used it and it made them smell like MEN – just like Aqua Velva or Old Spice did. The jingle for this gel, originating in England but oozing worldwide, was “A Little Dab’ll Do Ya’.  I love the following history as related in Wikepedia:

Brylcreem was first advertised on television with the jingle “Brylcreem—A Little Dab’ll Do Ya! Brylcreem—You’ll look so debonair. Brylcreem—The gals’ll all pursue ya; they’ll love to run their fingers through your hair!”[1]

The Brylcreem TV advertisement included a cartoon animation of a man with initially tousled hair who happily has a little dab applied, and, miraculously, the hair combs and smooths itself.

When the dry look became popular, partly inspired by the unoiled moptops of the Beatles, the last line was changed from “They’ll love to run their fingers through your hair”, to “They’ll love the natural look it gives your hair.”

Subsequent television advertisements used the mottoes “Grooms without gumming” and later, in the 1970s in the UK and Canada, “A little dab of Brylcreem on your hair gives you the Brylcreem bounce”. (Wikipedia May 8, 2017)

This has been a wonderful year as I have been privileged to teach Junior High. For many teachers and parents, the words “wonderful”, “privileged”  and “Junior High” are counter intuitive oxymorons,  but I really enjoy the innocence and open inquiry these young folks still have.  Also – unlike older students (or adults) they know they are squirrely and they own it.  They are  much fun.

The move you see us all doing in the picture is one that we always called “The Noah Move”. One of my students, Noah, always ended a report or a particularly good comment of his with this move. However, unbeknownst to us, this move is known outside my little cocooned class room in Pasadena, CA not as “The Noah Move” but as “The Dab”.  I did not know the real name until one night about a month ago when I was out to eat with my kids and husband.  I was talking about something or other that I guess I was kind of proud of and I did “The Noah Move”. My family looked at me oddly but they often do, whether I am moving or sitting perfectly still, so no biggie.  Our waiter walking by us, though, stopped dead in his tracks and turning to me smilingly said with a great degree of mock shock in his voice, “Did you just DAB?!”  We all laughed in that way you do with strangers whom you are dependent on for your next meal but who have just said something that you have no earthly idea of what they are talking about. “Hee, hee, hee, hee, if I did do whatever you just said I did – Dab was it?—will you still bring me my sushi?”

I had no idea what he was talking about nor did I think too much more about it.  Fast forward a few weeks to the night of Speech Night and a parent who teaches at a public school took this picture for my students and me.  Later he and I were talking and  he rather sweetly but seriously informed me that though “The Dab” is now considered a sanitized dance move, it originated as an indicator that someone had just taken a heightened drug version of marijuana and was coughing into one’s elbow to indicate the high was good to go. (Something like that.  I wasn’t totally clear on the parent’s explanation since I, as this man’s daughter’s teacher was sort of shutting down a bit as my face reddened and pulse quickened and I tried to keep laughing the “hee, hee” laugh to cover my embarrassment and the possibility that he would be upset at me for teaching his daughter to “DAB”.)

So time changes things. A Little Dab’ll Do Ya – once the innocent jingle of a company trying to convince you that using a glue would make your hair feel softer, is now the not so innocent jingle trying to convince you that using a drug (like glue) can make you feel better about yourself.  In hindsight, both products are trying to sell us the same thing – that we are not okay as we are without some product or other.

Maybe you remember when you were in Junior High? Do you know how  almost impossible it is for a 12 or 13 year old  in Junior High School to believe that they are okay? Not great, not amazing, just okay.  In fact, it is daily almost impossible for a young person to come anywhere near believing they are more than okay, –inside and outside. It is almost impossible for a 13- year- old to believe they are beloved by God. This is why our class motto for good and bad times has been, as  the Psalmist says, “we are fearfully and wonderfully made” in the image of a God.

Getting back amongst Junior Highers this past year has helped me realize that at my age, I too am struggling with feeling that I am not okay – inside and  outside.  Maybe that is why I enjoy teaching Junior Highers.  They are a lot like 50- year- old women.  Both of us have to deal with bodies changing without our consent or control, emotions plunging, plummeting and peaking on a minute by minute basis, and the stares of strangers at whatever is happening on our facial skin despite the use of many expensive products. Let me tell you, a little dab may do ya when you are 13 but when you are my age, a dab don’t do nothing!

So the day after Speech Night, and after the kind parent and fellow teacher had pulled me aside and informed me about the origin of the Dab Dance Move, the kids and I had a  little class discussion. I wanted the young people to know at least how this “Noah Move” would be interpreted by some people outside the cocoon of our classroom. And then we needed to discuss the future of our using this move.  Should we keep dabbing now that we know what it signifies?  Mrs. Tawel talked seriously about not trusting people without any regard to safety – safety not just for one’s outside but for one’s inside as well.  I said that now that we know what “Dab” means to some people, if any one offers us a dab we will know to say, “no thank you”. We talked about trusting our parents and good adults and keeping them in the “truth talking loop”, and how important it is to keep learning and growing and gaining confidence in one’s self.

And then with the wisdom and innocence of youth and old age, we decided that we as group who had been through a year of Junior High together,  thought of the move as “The Noah Move” and we liked it and we were going to claim it as our own and keep doing it together.  For Mrs. Tawel’s 7th Grade Class, The Dab is a fun move that speaks to our sense of pride in accomplishment,  solidarity  with a group of very different individuals, and joy in being alive.  It is a move that to us means, “We just did something great and we are proud of it. Hurrah!” We decided that we liked “The Noah Dab”.  It was us. It was our way of saying to each other, “hey, we are a-okay”. And sometimes, we are Wonderful.

Unlike the original Dab Drug Dance Move or even the Brylcreem Dab, “The Noah Dab Move”, requires no product, no money spent, no fixing something that isn’t broken, no changing or altering of any kind. Its only requirement is that you are willing to say, I am not just okay, but I am fearfully and wonderfully made.

I highly recommend that you give it a try.  As you can tell by this picture, I am not perhaps the best person to teach any one a dance move, but if you can’t find any one else, I will be happy to Noah Dab with you.

The next time you are feeling like you are back in Junior High, and your locker won’t open and you are late for class and you have a pimple that is the size of Mt. Everest and you fell and scrapped your knee and got blood all over your new knee socks and every one was laughing at you and you got a C- in Earth Science, and the boy you like ignored you this morning and your best friend went to Disney Land with the new girl who didn’t invite you and your stomach hurt this morning and adults don’t understand you –  Oh, Sorry – I didn’t mean to go on and on about my life right now. Maybe all those things only happen to me?

But the next time you just can’t find the right product to fix your heart – remember Mrs. Tawel’s 7th Graders and try a dance move that is all your own – for you are uniquely and wonderfully made in the image of a dancing, dabbing God.

I can guarantee if you do try it, that “A Little Dab’ll Do Ya”.